In general 4-way handshake process happens as described earlier. Keys are generated on either sides(client and AP) both parties confirm on keys.Then keys are used for encryption.

But reinstalling an already installed key creates a new problem. 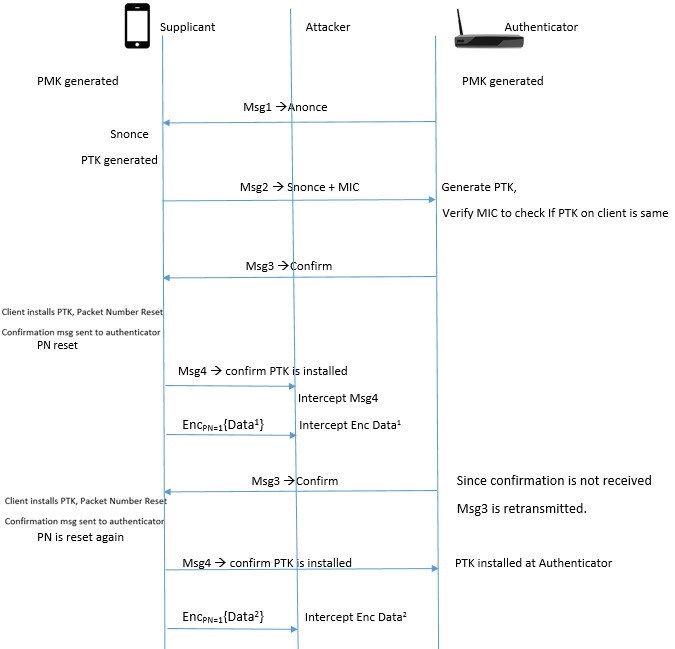 When supplicant(client) receives Msg3/4, it installs key which was generated by it (PTK) and resets Packet counter. Packet number for generating keystream is reinitialised.

Supplicant responds back to Authenticator on this by Msg4/4. If an attacker intercepts Msg4/4 and drops the packet. Authenticator will not know if key was installed at supplicant end.

Msg3/4 is resent from Authenticator to supplicant.

Note that the packet counter is reset again. Keystream generated will be same as that of earlier one. With this, we can see that two different data packets are encrypted with same keystream. Reuse of keystream breaks basic principle of AES-CCMP.

Check these below resources to know more about this. I just loved the youtube videos created by SecurityTube and mojoNetworks.